Nokia is launching a global crowdsourcing campaign to find a fresh version of the classic Nokia Tune. The winning tune will be placed next to the standard Nokia Tune in a selection of the company 2012 product portfolio.
Prize
$10,000
Deadline
Ended
#708

Introduction:
Nokia Tune is one of world's most recognized audio brand assets and is estimated to be heard over one billion times a day. Nokia is launching a global crowdsourcing campaign to find a fresh version of the Nokia Tune. This is the first time Nokia is inviting people to work with the iconic tune with the winning tune to be placed next to the standard Nokia Tune in a selection of the company’s 2012 product portfolio. In this unique crowdsourcing competition Nokia challenges you to create your own Nokia Tune using elements of the popular original.

Entry criteria:
Tunes entered must be a maximum of 30 seconds.

How to enter:
The competition opens on 5th September 2011, after which entrants have 4 weeks to enter their compositions.
In the reference files you can find the Nokia Tune Remix Kit containing all the past versions of Nokia Tune, however, this is not simply a remix competition. You are welcome to create a truly new and unique version. Boy choirs, ukuleles, trash cans, opera singers, steel drums, finger pianos, dusty synthesizers... anything and everything can be used to create an interesting version of the Nokia Tune.

Judging criteria:
Nokia is looking for a tune that is fresh, expressive, original, and creative yet distinctively a Nokia Tune. In the spirit of “Connecting People” - all collaborations are encouraged.

This is a unique opportunity to be part of audio branding history and we are excited to hear the results! 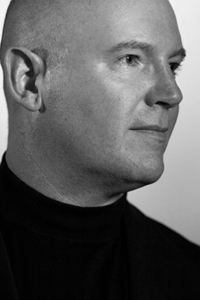 Julian Treasure
Julian is author of the book Sound Business, and he has been widely featured in the world’s media. His TED talks on sound have been viewed an estimated two million times: he is one of very few speakers in the world with three talks on ted.com.
Julian is chairman of The Sound Agency, a UK-based consultancy that helps clients like BBC, BP, Coca-Cola, Harrods and Waldorf Astoria achieve better results by optimising the sound they make – for example by auditing, defining and creating BrandSound™, or by designing and installing effective and appropriate soundscapes in spaces such as shops, offices and corporate receptions.
Websites:
http://www.juliantreasure.com
http://www.thesoundagency.com
Julian Treasure: The 4 ways sound affects us (ted.com) 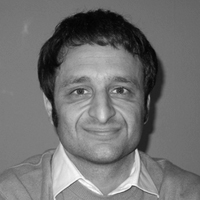 Kai Bronner
Kai Bronner studied media economics and graduated (graduate engineer) with a diploma thesis about audio branding in 2004. Since then, Kai Bronner gained experience in the field of audio branding, sound communication, sound design and has been supervising research projects on sound and crossmodal effects. In 2007 and 2009 Kai became the editor and author of two compilation books about audio branding. Together with Cornelius Ringe and Rainer Hirt he founded the Audio Branding Academy in 2009. In addition to his general interest in music, his main research interests include sound communication, sound design, sound & multisensory connections.
http://audio-branding-academy.org/ 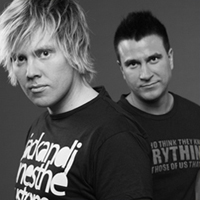 Super8 & Tab
Super8 & Tab are worldwide renown DJ and electronic music production duo. They are ranked in the DJ Mag’s Top 100 of most popular DJs and constantly tour the world’s best clubs and festivals from Los Angeles to Australia via London and Amsterdam. Their dance chart topping tracks are supported by DJs like Paul Oakenfold and Tiesto and they have recently remixed dance music heavyweights Paul van Dyk and Ferry Corsten. They have recently released their critically acclaimed debut album ‘Empire’ on the leading dance music label Anjunabeats.
http://www.facebook.com/super8tab 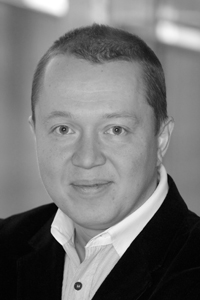 Marko Ahtisaari
Marko Ahtisaari joined Nokia in 2009 and heads the Design team. He is responsible for user experience and industrial design at Nokia.
Prior to joining Nokia, Marko was the CEO and co-founder of Dopplr, the online social atlas for smart travel. In 2006-2008, he was the Head of Brand & Design at Blyk, the free mobile service for young people. Previously, Marko worked at Nokia as Director of Design Strategy and held management positions in corporate strategy and venturing since 2002.
In 1999-2001, Marko built and led the mobile practice at digital services company Satama. After his studies he worked as a lecturer, Fellow of the Faculty of Philosophy at Columbia University in the City of New York. Marko holds a BA degree summa cum laude in Economics and Philosophy and a MA degree in Philosophy from Columbia University in the City of New York. He was selected for the jury of the international Prix Ars Electronica and serves on the board of directors of Artek and WITNESS. 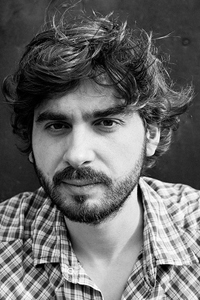 Mark Dewings
Mark Dewings leads Brand & Marketing Communications at SoundCloud, the leading social sound platform that lets anyone create and share their original sounds everywhere on the web. At SoundCloud, Mark is responsible for brand strategy, channel planning and executing communications that both strengthen SoundCloud’s position and nurture audience relationships. He increasingly works with agencies and brands to achieve this.
Mark has almost a decade of experience in advertising, working on global brands like Kodak, BP, Kraft, and UPS. Before SoundCloud he was Partner, Planning Director at Ogilvy & Mather in New York, turning business strategy into creative solutions through consumer insight and intuitive leaps of faith.
Mark has a MA from Cambridge University in Economics & Political Philosophy. He is originally from the UK, has spent the last 7 years in North America and now lives in Berlin, Germany. Mark still fancies himself as a musician, playing in a band in Milan and working with a production team in London.
http://soundcloud.com 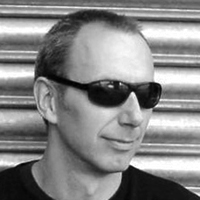 Andrew Higgins
Andrew Higgins (AKA ADHMusic), from Warwick UK, is a jury member from the AudioDraft community. He is a very experienced musician and sound designer with a notable track record of winning 12 contests on AudioDraft.
Andrew has composed and produced commercial works for a range of clients, radio stations and companies including GameHouse, Microtask and ActiveArk. He can create any type of productions from full songs, instrumentals to sound FX and from short jingles to audiobites.
Andrew is a skilled mixer and arranger, as you can hear in all of his productions. As a member of the jury he can give finalists some really valuable feedback about the mixing and arranging of their entries. 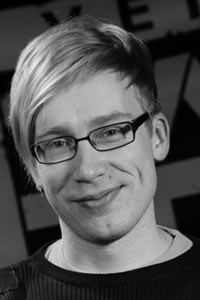 Tommi Koskinen
Tommi Koskinen is the Community Manager at AudioDraft. He is responsible for interacting with the community of designers and contest holders. Keeping the community and contest spree healthy is his core business.
Tommi has work experience from project management, software engineering and sound design. He has a good insight on the industry and knows how the audio producers and their clients work. During his free time he also produces his own music in various projects, including Kitkaliitto music collective. He has done sound design work for game, TV, radio and theatre productions and worked with companies and brands such as Kuuasema, GameHouse, MTV, Nokia and Digital Chocolate.
Tommi has a BA from Aalto University in Computer Science and currently studies in Sound in New Media MA program in the Aalto University of Arts and Design.

What is this project about?
Nokia has launched a global crowdsourcing campaign to find a fresh version of the classic Nokia Tune and is inviting you to be part of the evolution of one the most well known audio brand assets in the world.
You can participate by sending in your own composition, or just by helping us decide the finalists of the contest. On this site, you can listen to the contest entries, tell us which are your favorites by using likes, and comment and share your ideas by using social media.
I'm an artist. How can I participate to the contest?
The contest is held on the AudioDraft contest platform. You must register yourself as a user and submit your entry on AudioDraft.
Note: You have to own all rights to your compositions. The prize winning entries are subject to an exclusive buy-out of all rights. This also means that you can’t be part of a performing rights society or any other collecting society.
Where will the music be used?
The winning tune will be included in majority selection of Nokia's 2012 product portfolio which means over 100 million individual devices. The winning tune and the runner-up tunes will be also available on Ovi Store.
What will the winning artist get?
The winner will be awarded 10,000 US dollars and will be featured in Nokia's Brand Book. The five runner-ups will be awarded 1,000 US dollars.
How are the winners selected?
All users of the Nokia Tune Contest Website may vote on the best User Material submitted to the Contest during the Contest Period. The five (5) most voted or 'liked' entries submitted on the Contest Website will qualify as finalists. A further five (5) finalists will be selected by a panel of judges from all eligible entries. One winning entry will be selected by the panel of judges from the ten (10) finalists. In addition the panel of judges will select five runners-up from the remaining nine (9) finalists. All eligible User Material will be judged based on the following criteria: quality and functionality, (ii) usability and creativity, (iii) uniqueness, novelty value and innovativeness and (iv) commercial viability.